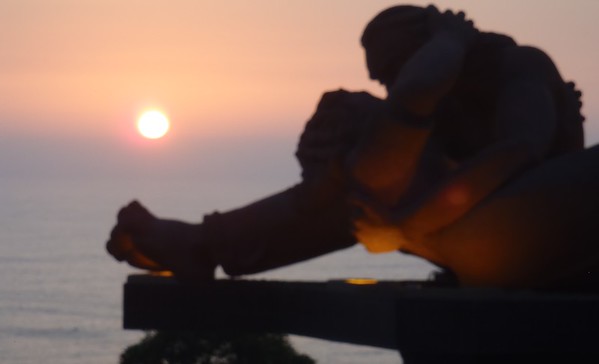 A bit of a strange day first thing was that when I went to pack the bike the dog of the hotel had left us huge steaming present right outside the door nice and pongy!

We hit the road a short run into Lima which started a long way out of the center so running through the burbs or shanty towns dual carriage way but utter chaos people and car buses lorries and various other forms of transport all wanting that small bit of road that you where on. We had skipped breakfast so I was peckish and a bit light headed but not really a nice place to stop so we pressed on to an address we had of a Hostel. When we got there no room at the inn so we headed down the coast to another address we had which also had no room. Alex has had enough and is ready to go back to the Hilton, which we had also scoped as a possibility as he had a loads of points that he had accumulated as an Accenture consultant and he could get this free so we tried for an apartment but they only had rooms so A & A where going to stay there and we found Philly and Daisy a Hostel bed in Barranco which turned out to be a really cool place in a great neighbourhood.

Alex and Andrea headed of to posh Ville I will see them tomorrow. Joop who we had agreed to meet for New year had not checked in yet but I was not really expecting him as he was a good days ride behind us but I booked him a bed for tomorrow night. I did my laundry then had a great walk along the cliff tops from Barranco to Mira Flores and treated myself to a McDonalds and watched the sunset and then walked back to the hostel. I had been informed that it was a safe walk around  in the dark and it has security guards from all the posh houses all over the place. I got back at about 8.30pm and I had been walking for a good 5 hours so I was a bit tired and as I had handed in all my trousers to be washed  I was wearing my swimming trunks/ shorts and they are were not designed for walking in so I was suffering from some slight chaffing 😦 (to much info :-)) 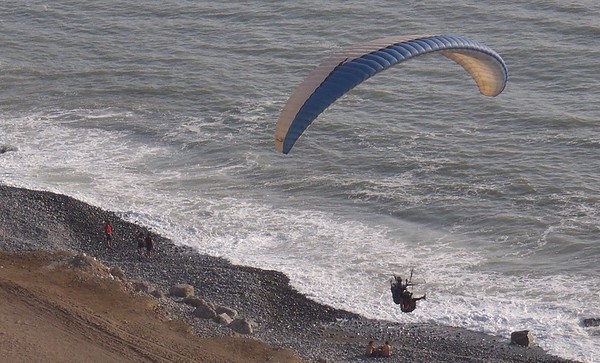 Should really give this a go