Back on the road again yet another short day I had planned to go to the Isle de Ometepe. My distances I am traveling these days are very short and this is for a couple of reasons. The heat, that there is a lot I want to see in Nicaragua and that I have heard that Costa Rica and Panama are expensive so I would rather spend more time here and then do a quick spurt through the other countries to catch my boat. I am in a sort of in a holding pattern keen on getting to South America and getting some serious miles under my belt but totally dependant on the boat so it looks like a few more short riding days for me for the next couple of weeks. 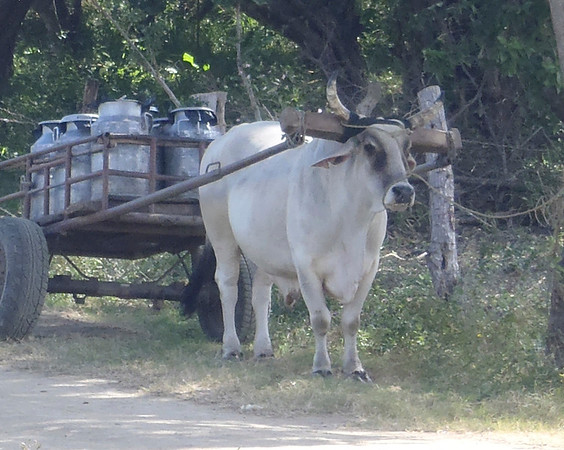 Nice run to San Jorge again pretty scenery cattle country and loads of volcanoes vistas. I pulled into the harbour usual chaos I had no idea how much the ferry was and what time it went but somehow managed to get on the next one which was leaving and it did not cost to much. Pretty rough considering this is a lake the wind was very strong whipping up the water so hard slog into the wind so made sure the bike was tied down securely. I nearly dropped the bike doing a U turn on the ferry the deck as it is sheet metal which has no grip but I  just managed to stay upright.

First thing I did when hit the dry land was breakfast and then a lovely ride to Merida well that was the original plan.

I got stopped by the cops who asked for all my papers and when I told them they where buried in my luggage they where then not to interested in seeing them but I had to pay 30 Cordoba’s (1 EUR) toll for the use of the road or a contribution as it is called here. The cop and the man with the clipboard pleasant enough so I coughed up and got a receipt but I am guessing I will be stopped again on my way back. I was heading to town called Merida and I had heard that for the last 10 km it was a dirt track but I was going to give it a crack anyways. So turned of onto the road and it was paved for a short while then it turned to crap. Huge boulders and no real track to follow so after 5 minutes I decide f**k this for a game of soldiers I managed to get the bike turned round and head back to the paved road into Balgue. The road was just too difficult for me and I had other options so I did not have to prove anything to anyone by continuing down that road. In Balgue I met some folks on the road and asked them about accommodation in the area and they pointed me to a coffee plantation about 1.5km up the hill. This was also dirt track but considerably more manageable than the road to Merida. So that is how I ended up Finca Magdalena a gorgeous run down old coffee plantation set in the side of one of the Ometepe volcanos with views over the bay to the other volcano.

Lovely I have a little box with a bed in it and the views that are terrific so I presume the position chatting to the other inmates and watching the sun go down. Chicken soup for dinner and a reasonably early night as this is an early to bed early to rise type of place. I am glad that I was not able to do the road to Merida as it got me to this great little location 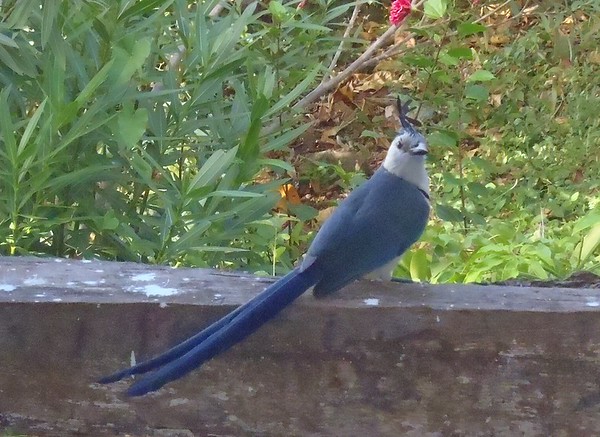