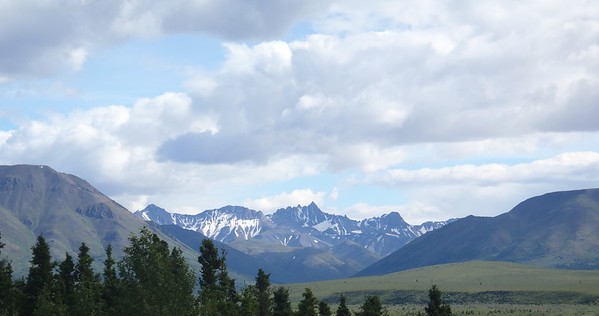 I got to bed quite late after calling Skypeing the folks at home I had a whole dorm (tent) to myself which was nice and was very tired so I did not wake up till 9am I had a shower which cost a quarter a minute and you had to feed it one at a time and you guessed it as always it stopped when you are all soaped up or at the most awkward moment. Leisurely load of the bike which is filthy and went round a couple of motorcycle dealers looking for some oil for my chain lubricator I got some eventually not sure that it will work, I did write a note to OSCO the manufacturer but as yet I have heard nothing from them and I am sure they are going to say that there oil is specially engineered and others will not work in the system but I have got some BMW branded Scott oil so when my does run out its going in and bugger the consequences. I have always hated chains and chain maintenance on a motorbike there has to be a better design I know how about a belt drive  like on my old bike I do miss that low maintenance solution. I had a late breakfast early lunch at Safeway and also found a hose at a petrol station so gave the bike a good hosing down as it was covered in mud from yesterday.

A bit of a dull road out of Fairbanks but the sun was shining but a I guess after yesterday everything is going seem a bit dull however as I enter Denali National Park it went back to being spectacular. I spent the rest of day at the Park but unfortunately you could only take your own vehicle 15 miles into the park and if you wanted to go further you had to get a bus or a tour and it was late in the day and I did not fancy this so just mucked around in the area that I was allowed in which was very pleasant.

I finally pulled myself away and headed to hostel down the road and unlike last night this is full I got the last bed in a dorm. I went for a pizza, which is huge so I guess that breakfast sorted as well. Tomorrow plan is to head back into the park and watch a sled dog show but after that I am in bit of a quandary of whether to head down to Anchorage and or start back towards Canada via the Denali highway which I heard excellent things about so its decision time I will decide on this in the morning.