I sort of slept in but guess I have lost the knack. I must of being tired as I slept through the loud music coming from the disco next door it was cool to go to sleep with all the latest disco hits. I had a long relaxing breakfast and then I walked to the Ruins, which turned out, to be fantastic Mayan site so I spent most of the day taking loads of crap pictures and just taking in the sites. The place is pretty deserted so I pretty much have the place to myself which is cool. At about 3pm I find out there is another bit to this site about 2km away so I made tracks there as it was shutting at 4pm. Absolutely no one here at this part and here there was the ruins of the houses where as the main part was temples this was also cool but I had to move fast, which was a shame. Note to self-do more planning! I walked back to town so I have done a lot of walking today I then went to the ATM and on my way back to hotel bumped into Wendy a Dutch girl who was at the house I had stayed at in Antigua so we arranged to meet for dinner.

Pleasant evening at Viavia with Wendy, Paul the Canadian chap and another English girl called Becky.

macaws flying around the ruins 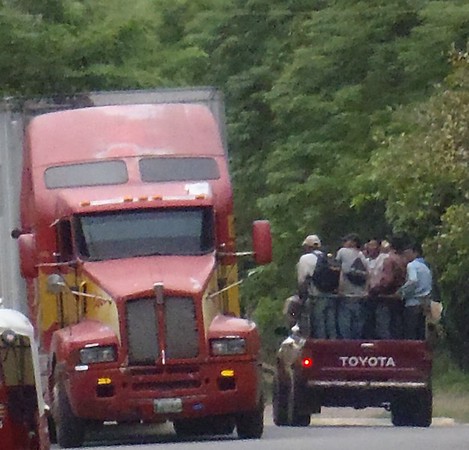 Hey Tads you opened a place in Honduras

A total cleaning solution me bike is needing a clean!

Another good nights sleep. Last night I was speaking to the owner Geraldo a Belgium motorcyclist and he had given me a couple of pointers for routes through Honduras. This morning another leisurely breakfast and then Geraldo helped me get the bike out through the bar when I say he helped he actually did it for me and I supervised 🙂 So another recommendation coming up ViaVia in Copan Ruinas run by Geraldo all bikers welcome and here is his number if help is needed 00504/98400292 blond large breasted 18 year old chica’s are also welcome so this chap has a broad taste.

I filled up just outside town after getting lost in the one-way system which seems par for the course on leaving any new town and I hit the road. The weather here is wet and overcast and it was the same yesterday threatening to rain and when it did rain not enough to stop to pull your waterproofs on. Lovely road out of town I passed an elderly couple also on a motorcycle so I waved but they ignored me as he was focused on riding I passed them about 4 times during the day as I kept stopping to take photos and they finally got used to me passing them and I was getting a wave now 🙂 Later in the day I came across what looked like a landside and the road was covered in brown treacly mud and there where a lot of vehicles stopped and I noticed a little older lady with a rucksack walking on the side of the road with a helmet on then I noticed a bloke in brown leather jacket waving at me. I was trying to keep the bike upright as it was like riding on ice but as I went past I realised it was my new friends and they had gone down in the mud and that is why everyone had stopped and was helping he signalled to me to take it easy but I was already totally focussed on getting through the mudslide follow a truck through trying not to touch the brakes and to keep rolling forward. It was not surprising that my new friends had gone down as there was absolutely no grip and I only got through by pure luck and the fact that I had slowed down to a walking pace because of the commotion. They where both on there feet so I hope they are both okay I did want to get involved but as a foreigner here I am not sure what I could have done to help.

It was damp and the roads were greasy and after the scare above my pace dropped considerably.

The roads here are not to good potholes everywhere. The locals make an attempt to fill them and fix them and then they ask for money to do this you have got to admire there entrepreneurial spirit but I think they are making it worse rather than better and I just wave and smile as I flash through. Got to Gracias at about 3.30pm problem is when you arriving in a town early you are less likely just to take the first place that you rock up to. I was looking for an address that Geraldo had given me but could not find it so went to about 4 different hotels which were either to expensive or too much of a dive even by standards. I normally I would have taken one by now. I was doing a U turn and a bloke in jeep asked me if I needed any help and I told him I was looking for a hotel and he said expensive and I said no so he said to follow him which I did and he took me to a place right in the center of town and then drove of. Thanks mate turned out to be reasonable so I checked in there. I went for a wander but not much to do in this place so I am not sure why it had been recommended. A one horse town but it did have a Chinese restaurant so I fancied a change so that is where I had my tea Chicken Chop Suey and it was huge no way I could manage it all on my own but very good I needed a change for me taste buds as there only so much beans and rice you can eat before it gets old. I was chatting to the Chinese girl there and it turned out she was from just outside Hong Kong so I was trying to remember any Chinese I knew but blank and my Spanish not so great either but it was entertaining.

Studying Spanish at Dariana Spanish School back on Saturday 🙂

So what have I been up to this week well truth be told I have sort of grounded to halt must be the heat because I do not recall doing a lot this week. As soon as I crossed the border into Nicaragua the sun came and it’s been extremely hot and sweaty ever since making doing anything a chore so slowly slowly is the order of the day. 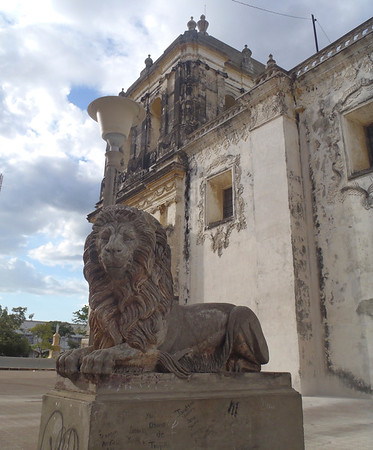 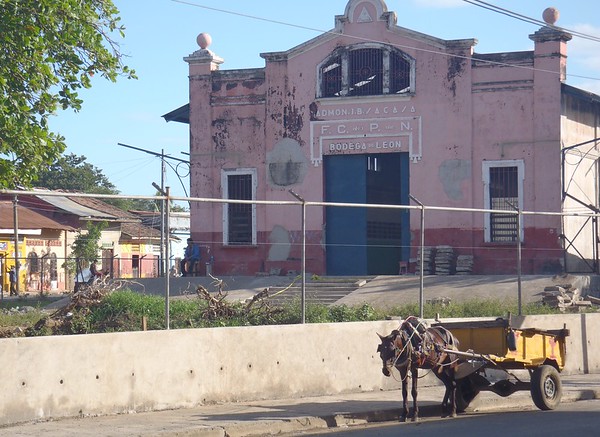 Problem in doing a full week catch up is that I probably missed loads but I guess it could not have been that interesting if I forgotten about it already.