A pretty non-eventual day I am trying hard to remember what I did but cannot be anything to fascinating, as I would remember that. I did a bit more of route 5 as you really do not have much choice then of towards the Lake District destination Villarrica. Once of route 5 road more pleasant and interesting driving through golden brown cornfields and it is harvesting time so interesting and pretty scenery.

Something I can keep up off road 🙂

I head to hostel that I have the address of and check in there and its like I have arrived in Germany as the houses in Villarrica and architecture very Germanic and the hostel is a Swiss chalet. I go for a nice walk around then the town and then along the lake front its a gorgeous evening so a pleasant walk. I brought a couple of empanadas for my tea and I just hung around the hostel chatting to folks there so another pleasant evening.

So John R what is this one then?

Detour led me into this loverly Farmyard unfortunately my off road skills (lack off) meant I could not go much further!

As I have mentioned earlier in this blog the problem with Chile is that there is only one main road through the heart of it called Route 5 everything is off this road but normally you have to turn off go to the place and come the same way back as the connecting routes are non existent or dirt roads. So I wanted to spend some more time whizzing around the lake district but I did not want to too keep heading back to Route 5 for each different lake so again Philly was going to be adventurous and go of road so that I could spend more time round the lakes than on the motorway. 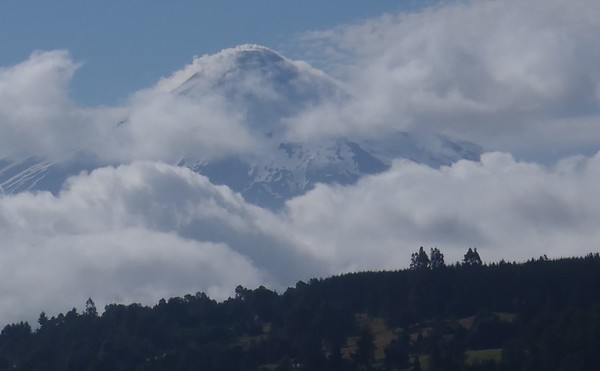 So after a good breakfast at the hostel headed to Pucon another place I wanted to see and  I hit the road hoping that road I was going to take was doable but the first thing I needed to do was fill up and find that road which I did eventually. First part was flat and gravelly and dusty but doable I was past by a couple of cars kicking up a lot of dust making visibility difficult but I pressed on. Then the road was blocked and you where then diverted on to a grass track that took you through a farmyard. Also manageable but I thought I had better check with a group of people who had pukka Motocross bikes and ATVs that they where prepping about the state of the road ahead. The first response from a young lad in all the pukka motocross gear was yes it was easy with a smirk on his face so I thought I had better ask a grown up which I did and he looked at me looked at the bike and he had seen me come gingerly into the farmyard and he said I think the road will be to difficult for you and your bike. He looked like he might know what he was talking about and then he pulled out his iPhone and showed me pictures of the road and various ATV struggling through mud and the odd stream crossing that is when  my decision was made it looks like I will be breaking my cardinal rule of onward and forward and backtracking to Villarrica but it was gorgeous where I was so I decided to continue a bit further to the hot springs and turn around there. There was a sign saying 39km to the town I was heading for and it was 109km via the paved road and again back on route 5 bugger and dam my lack of off road talent but looking at that blokes pictures it makes me think that I made the right decision, 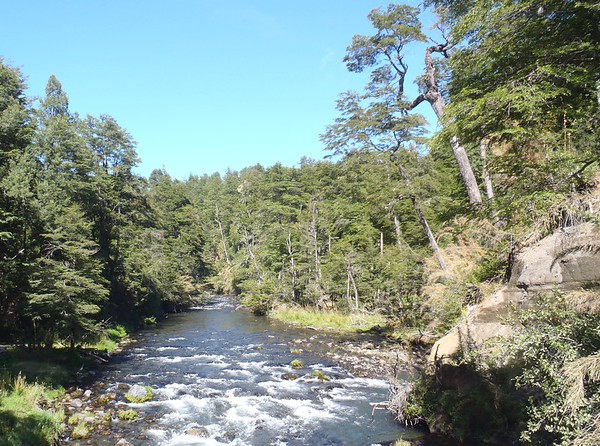 Pukka equipment may help with the off road stuff

So back the way I came and then to another lake I chose this one because it was not in any of the guidebooks so I thought it may be less touristy but as was in the lake district it would still have some touristy facilities and I was right and I found myself in a nice little town called Futrono I even liked the name and I found a great little affordable hotel the town that I think it had two hotels this one and one big posh one according to the nice ladies at the small tourist office so I settled in and went for a walk, At this lake a completely different vibe than Villarrica which was a tourist town this was a lot quieter and I liked it I walked to the lake and around the town and grabbed some dinner and then later sitting in the garden of the hotel working on this. It is a bit disappointed about my off road shortcomings but there is not much I can do about that and I am in a great little place so lets just enjoy that 🙂