The Boat Across the Atlantic

A short ride from Den Haag in the Netherlands to Zeebrugge in Belgium, to put my bike on MV Grand Mercury to be delivered to Halifax Nova Scotia estimated time of arrival 4th June 2012. 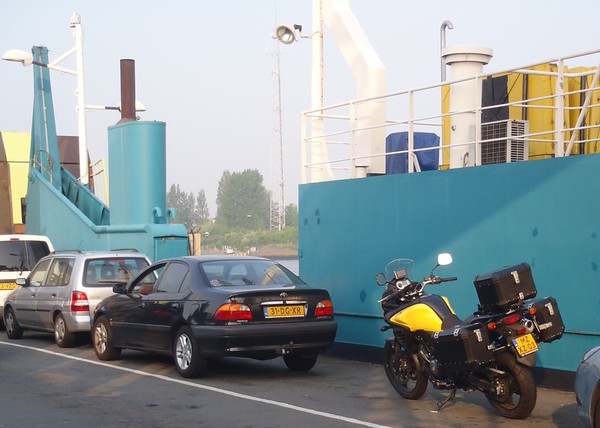 Nice trip down to Zeebrugge

No problem in getting my bike delivered at Wallenius Wilhelmsen Office I even managed to leave my helmet , boots and leathers with the bike which was good as this mean less for me to carry on the plane as I was seriously struggling for space there as well.

Just in case you were worried about me getting kidnapped well check out the photo above I have made it more difficult for potential kidnappers !

Today was glorified treasure hunt with the end result being my motorcycle and me reunited. I got a bus into Halifax trying to find a Post Office to get a money order as that is the only form of payment that Wallenius Wilhelmsen would accept.  The nice lady behind the counter and me had some fun trying to get this accomplished what with all of the weird spellings and not enough space on the forms. Job 1 done. Next of to find the Wallenius Wilhelmsen office via Tim Horton’s (More on Tim Horton’s later) for breakfast. I find the building and its huge next to find the correct office suite which took a while as the building was actually 3 separate buildings and finding the right elevator shaft for the office I wanted was proving difficult (Jet lag)

I finally found the right lift but then had to swap to another as it did not go to the floor I wanted. I handed the nice lady the money order and the notice of arrival (technical term me now an expert on the import and export of goods) and she gave me the instructions on how to get to the customs office which was another 15 min walk away.

Job 3 customs no problem there as I had no drugs and firearms on the bike according to me so they stamped the papers so job 4 was to get Auto port which was a 25 minute taxi ride away. Not for me as I had got a map of the public transport system of Halifax so instead I got a ferry from Halifax to Dartmouth and then on number 60 bus which stopped just outside where I wanted to be and only cost a couple bucks to get there rather than an expensive taxi ride.

Me on a ferry 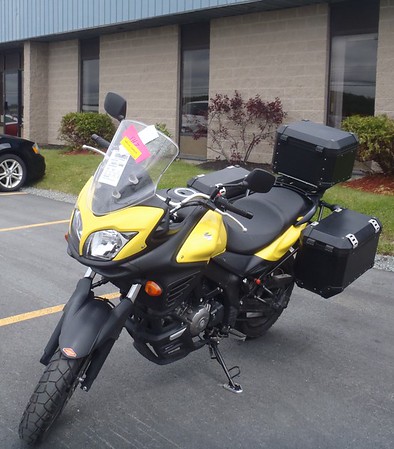 Picking up the bike

I spent the rest of the day doodling around Halifax getting used to driving in Canada and I also visited a graveyard where they had buried some of the bodies that they could find from the Titanic disaster this was a very interesting place. 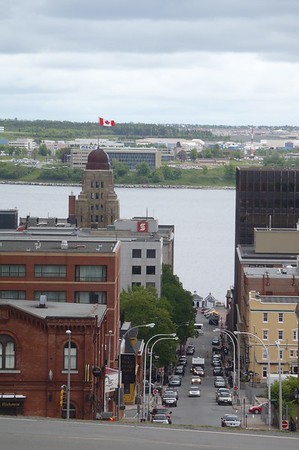