I am riding with Alex and Andrea again which is nice but first I had to find them as they where couch surfing some where in Bariloche and I had arranged to go there and pick them up at about 9am. So I had my free breakfast, which always seems to take longer than planned and I got the bike out of the car park and pulled up the address on my GPS that Andrea had put into it yesterday. I got lost and was directed down some seriously steep dirt roads (Coffee still had not kicked in so that is all I needed) and then eventually I found the road they where staying on but I did not have the house number. You put the house number in when you put the address in the GPS and Garmin and Mr GPS are supposed to get you to the right end and correct side of the street that matches the number problem number one is with the maps I have in my GPS they are never even remotely close so normally on the wrong side of the street and miles away from the number you want to be at especially if it is a long street. Problem number 2 it tells you that you have arrived at the address but it never reveals the number, which of course you cannot remember, so in short yet another shortcoming of my GPS or is it that the  operator is an idiot and does not how to operate it you decide. So I am on the right street but I have no idea which house so the only thing to do is ride up and down and hopefully I will spot Alex’s bike. I do one length of the street no joy a lady stops me and ask’s me what I am doing and or what I am looking for I try to explain but it is  very strange that I do not know the house owners name and or the house number so she is rather suspicious of this strange hairy bloke on a bike with foreign plates riding up and down her street. I do another pass and Alex comes running out of a garden that I had driven by pass twice already so I had not spotted his bike but he had noticed me riding up and down so I had found the Romanian duo so its time to hit the road.

Nice hot day scenery interesting and all in all a nice day we are paranoid about petrol and there not been any so  we are stopping whenever we see a petrol station as we never no when the next one will be and if it will have any petrol so this slows progress slightly but it will slower if we run out. 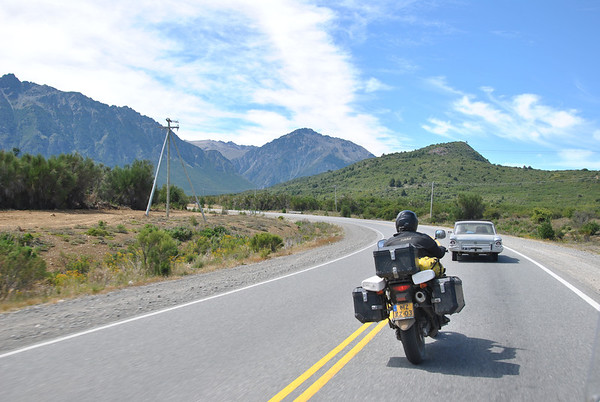 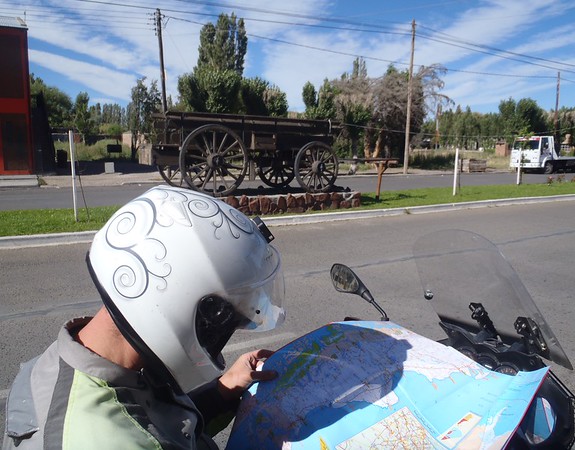 We have a great late lunch as we plan to do some wild camping tonight and when we arrive at our final petrol fill up in the small town of Gobernator Costa we find out there is a Municipal Campsite so we opt for that as it is supposed to be free its not but it is cheap as chips EUR1.50 so we set up camp out of the wind which has been blowing consistently all day. Its a nice spot and a pleasant evening before an early night back in the tent