Margaret Thatcher is dead said the immigration officer with a huge grin on his face and a huge smile no Buenos Dias or any other courtesies or pleasantries that you usually get when going through customs. As soon as he knew I was British all he wanted to talk about was the fact that the iron lady had past away and what excellent news that was. This may be a good thing for the Anglo Argentinian relationship and maybe a lot of the anti British sentiment may be reduced because of this event but I personally took no pleasure on the gloating and the joy that this gentlemen had on the demise of a former prime minister (human being) or the subsequent outpouring of ding dong the witch is dead which was to fill the social media for the coming weeks as I personally have an admiration for Maggie and what she achieved this was never popular or a cool position to have not that I agreed with everything that she did as like us all she made loads of mistakes as well but least you knew what her position was on an issue and I am old fashion you may not agree with everybody’s point of view that may differs from your own but you should respect it.

Due to this historic event my entrance back into Argentina was easy and straight forward but that could also be due to the fact that this was the 5th time I was coming into Argentina so I knew the process pretty well by now.

Left the hostel at about 9am with yet another run at the cashpoint and then to the money exchange to maximise the amount of cash dollars I had which I would need to pay for Daisy getting home then I headed to the docks to catch the boat to Buenos Aires. Had some empanadas for breakfast whilst waiting to be boarded and then onto the boat. Easy and pleasant journey I met up with an Israeli biker Doron http://doronsvoyage.wordpress.com who was also heading for Dakarmotos http://www.dakarmotos.com

I arrived back at Dakarmotos at about 1pm as I had been there before so it was like coming home or it was nice to be back in familiar places with friendly folk who I already knew. Daisy needed to be at the airport the following morning so first order of business was getting the paperwork started and the first payment of USD 100 for Sandra’s Broker fee so then of to the photocopy shop for the relevant copies and filling in of the paperwork and a trip to the local supermarket to get some dinner in and I spent the rest of the evening sorting my kit out and prepping Daisy for her big trip back to the Netherlands. Dumping loads which I do find difficult as a hoarder and a tight arse but my sleeping bag I have had for 20 years so I guess that is due for replacement and my tent which still had some miles in it but was looking a bit tired and needed some TLC so it is not worth lugging this kit back to NL only to chuck this kit away there maybe someone can make use of this here. Whilst going through my stuff I still could bring myself to chuck certain t-shirt and bits of kit away even though threadbare and minging I get very attached to stuff. One of my panniers had been leaking so some of the kit had got a nice bit of mould on it so that was slightly easier to part with. Other bits and pieces I had carried for 65,000km and I had never used or worn so those extra hiking boots had a grand trip of the Americas without ever seeing daylight I most confess I do carry to much kit but would I change anything well probably not as I would rather have to much and not use it than to little and find I need it and if there room in the panniers well its gets filled. 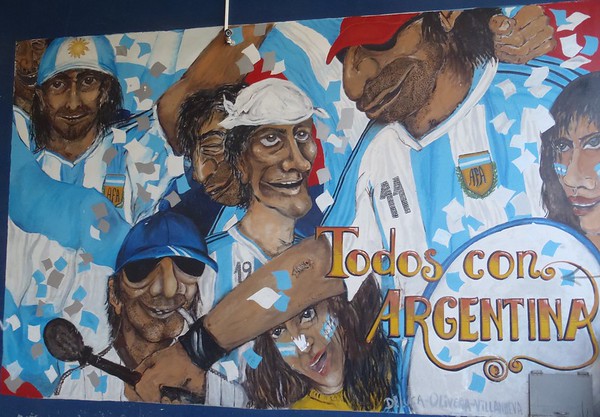 Did a dry run of striping down Daisy ready to be transported on the plane so that is taking the mirrors; front screen and GPS mount of. I am glad I did this as I could not get the screen of because way back in June 2012 in Canada it had come loose so Philly being the mechanical genius with his tool kit of duct tape, zip ties and Loctite had made sure that the screen would never ever come loose again and had gone to town on the 4 screws holding the screen on and there was no way these where coming loose so in the end I had to break the screen to get it off. It was already cracked in two places where I had over tightened the screws. So anyone in the Netherlands who has got a spare screen for Daisy as she looks rather naked without it can you please contact me 🙂

Fortunately that evening Javier was there so had some muscles to break the screen and to concur that it was the only way that screen was coming of without taking the whole front end to pieces and it was already buggered as mentioned earlier and it was also 12 pm at night and I was heading to airport at 9am the next morning.

The reason Javier was there was that we where expecting an American couple  Suma and Hoa http://whyweroam.wordpress.com who had crashed there bike 2 days earlier at Rada Tilly way down South In Argentina and straight after the crash had put the bike on a back of lorry and had been traveling North since then still covered in blood and dirt from the crash. They arrived at about midnight Hoa had a mashed foot and Suma one hand in bandage (turned out later to be broken) and the bike a huge GS BMW on the back of huge truck and the only way to get it of the back of the truck was with good old fashion muscle power. Javier called a mate of his Carlos and there was me and the driver of the lorry and Doron who kept insisting that it was impossible to get the bike of the lorry with just us and Javier telling him to shut the f**k up as this was not the first time he done this 🙂 Well we did manage to get the bike off the lorry but I also I had my doubts, as did my poor back.