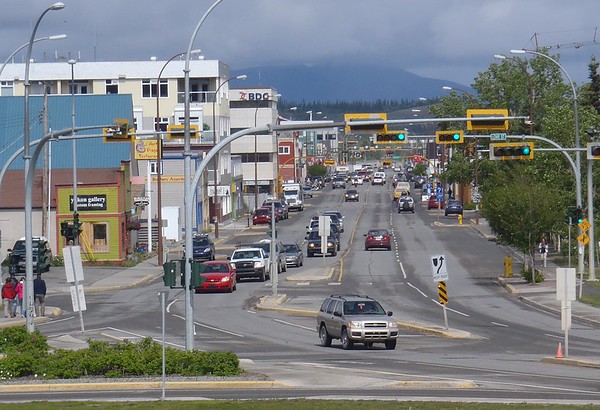 Rest day today. I was looking forward to a night out of the tent but this turned out to be one of the noisiest rooms I have slept in for a while. Snorers, a guy having nightmare, girl above me had headphones on and you could still hear the music so a restful night it was not so maybe the tent is not that bad after all. It also never gets dark here so that is also a mind f**k as you think it still early and it turns out to be lot later than you expect. I spent the day wondering aimlessly around town I found a Tim Horton’s for breakfast and another one for afternoon tea so got my TH fix for the day. I think the attraction I have to this place other than the cinnamon rolls is that is something familiar and is the same everywhere you go so when you are on the road it is nice to have something that you know will always be constant as you move daily from place to place (How about that Sigmund Freud!) I went to see SS Klondike, which is a museum ship of one of the old steamboats that used to work between Whitehorse and Dawson City on the Yukon run by Park Canada so my discovery card got me in I am not sure if I got full value form it yet so I will have to find a few more of these places to ensure I get me monies worth plus they are fascinating and interesting place to visit. Its 11.30pm and it still light weird but must go to bed hitting the road again tomorrow destination Dawson City I cannot wait. 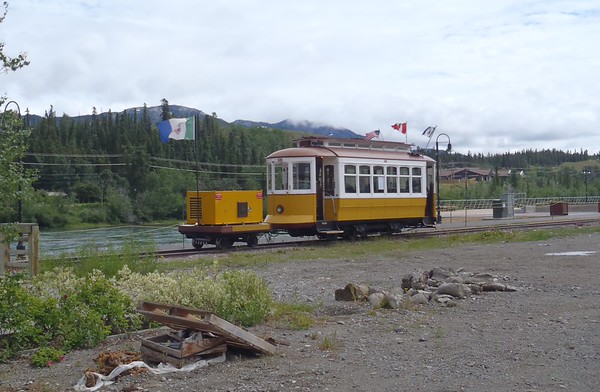 It was a strange day and I was up and out quite early filled myself on Tim Horton’s for breakfast and thenI  filled the bike and I hit the road. It was quite cold so I stopped and put on my new sweater (Moreno wool supposed to be brilliant against the cold and does not get smelly very quickly which is a bonus the jury is still out on its capabilities and whether it will live up to all the hype) later it started raining so I pulled out the waterproofs that helped with the cold. I did quite a few km today but I do not remember much about the day it seemed to wiz by. The scenery was pleasant but stark and I passed a lot places that had been damaged by forest fires and for each they had a sign with the year on so you could see the different levels of rejuvenation. 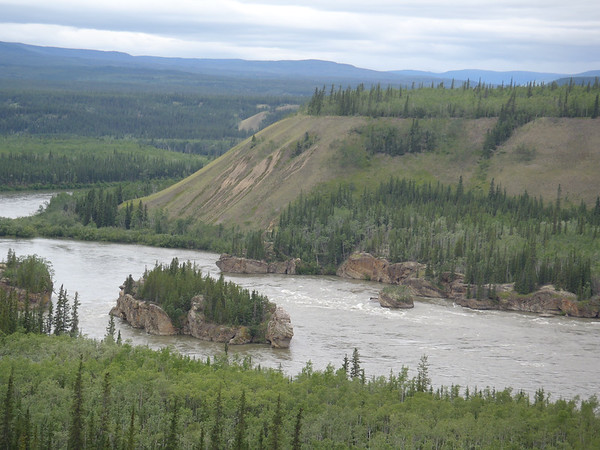 I finally I got to Dawson city and headed to a hostel I had read and heard about which was a ferry ride across the river from Dawson City with view over the Yukon to the City (strong word city more of a town or large village) No electricity water pumped from the river and heated by woodstoves but its cheap and cheerful and a great location. I got the ferry back to town to get some supper and the place has a nice vibe to it and looks like a film or museum or like an old town from the old cowboy films. I am going to enjoy wondering road this place tomorrow. I am only 100km short of Alaska and then I can commence the trip as per the title and tag line Alaska to Chile but that will have to wait for a while as I going to enjoy this place tomorrow then the day after I will be on the on top of the world highway into Alaska so close yet so far away and it is +-120 km of dirt track and I did some today where they where digging the road up single file behind a pilot truck which I struggled to keep up with in the dirt. I ended up loosing sight of the truck and was on the wrong side of the road following a huge road smoother which was leaving a berm of mud which I then had to cross. It is official Phill is a crap off road rider I do not have the confidence when it is muddy or deep gravel I can just about cope with harden dirt but that about it so it could be long drive ahead of me I must get more practise and maybe longer legs would be useful.

Another pleasant day just a quick add on to last night at about 11.30pm I was doing some tinkering with the bike and also went for a short walk at it was still daylight which as I have said before it is a mind f**k but in a nice way.

A good night sleep and I was up at about 9.30.am Things here are a bit basic and if I wanted a hot wash then I would have to light a fire and wait for the water to warm up so I had a cold wash instead. The process was similar to the Indonesian showers with a bowl of water and pouring jug. The cold wash certainly woke me up.  I got the ferry into Dawson City and made my way to the tourist info place which was the place for Canada Parks events that are dotted all over town the first event I did was a tour of the Old Playhouse then some lunch and then a Robert Service Cabin tour with some of his readings I must Google this guy whenever I get back on line as I quite enjoyed his poetry and would like to read some more. He is very famous here and has roads and schools and places all named after him and I had never heard of him until someone mentioned to me about the Robert Service Campsite on Robert Service Road in Whitehorse both of the Services I thought meant service not Service as in the surname so I have learnt something today. The funny thing is he was born in the UK and yet still unfamiliar to me and he had made millions with his poetry and his books and this was unintentionally as he was a vagabond for a large part of his life. After that bit of culture I did the historical walking town of the tour so quite an enlightened day. I got the ferry back to the Hostel   and it started to rain again it had been going from beautiful sunshine to rain showers all day and this was also short lived. I then got the bike and went back on the ferry to get some fuel for tomorrows trip on the top of the world highway as there are no petrol stations until a place called Chicken in the USA which is 180km away and I was running on fumes already so with the bike filled up I headed to a lookout viewpoint place which had the most spectacular views over Dawson City and the Yukon and this was a great finale for my visit to Dawson City. I really enjoyed and like this place it was fascinating. Back on the ferry after grabbing something to eat in town and catching up on the blog even though I am unable to publish it. Destination Alaska via top of the world highway I hope the weather is good as it’s a dirt track but the views are supposed to be spectacular so I hope it lives up to it billing I am certainly looking forward to it. I also will have the cross the border into the US so I hope that goes well as well